Three toasts on a night full of joyous emotion replay in my head days after my wedding ceremony. In a past post I discussed the pressure and responsibility of delivering the Best Man toast, well each of the toasts given in my honor delivered in a big way. At the time that I wrote the last post regarding the highly anticipated speech, I didn’t think about the groom’s reaction. Well, I now know what my reaction was. Below I share my experience as the man of the hour.

The toasts kicked off with my oldest godson surprising me and sharing a few words. He recounted a story. The story detailed a conversation he and I had over 5-years ago. During that conversation, he informed me that he figured out why I wasn’t married. The kid was 8-years old at the time. Yes, I said eight. His theory wasn’t a crazy one. Knowing me very well, he was fully aware that I didn’t enjoy dancing. Being from a family that enjoys celebrations, he already realized that celebrations often involve dancing. Apparently he also figured that dancing women appeared to be happy women. He took it further. He understood that keeping a girlfriend happy was the best way to graduate to marriage. Thus, he shared with me that I needed to learn how to dance…so I could make a female happy…so she would want to marry me…and to top it off…that night he offered to teach me how to dance. He stole the show when he ended his speech letting everyone know that I never took him up on his offer and that is why all attendees witnessed my two left feet. His uncle and one of my closest friends shared the spotlight and took over the microphone after everyone laughed at me. This toast discussed the strong bond that he and I have built in over a score of years. In a way that was natural to him, he thanked me for the bond I’ve created with his little sister and nephew. I guess he forgot that I adopted his sister as my own many years ago. He also took this time to let my bride know (just in case she didn’t) how lucky she was to have me as a husband. He concluded his speech letting my wife and I know that he loves us both. Needless to say I needed a napkin to dab between my nose and forehead — the coolest way I can admit to crying. 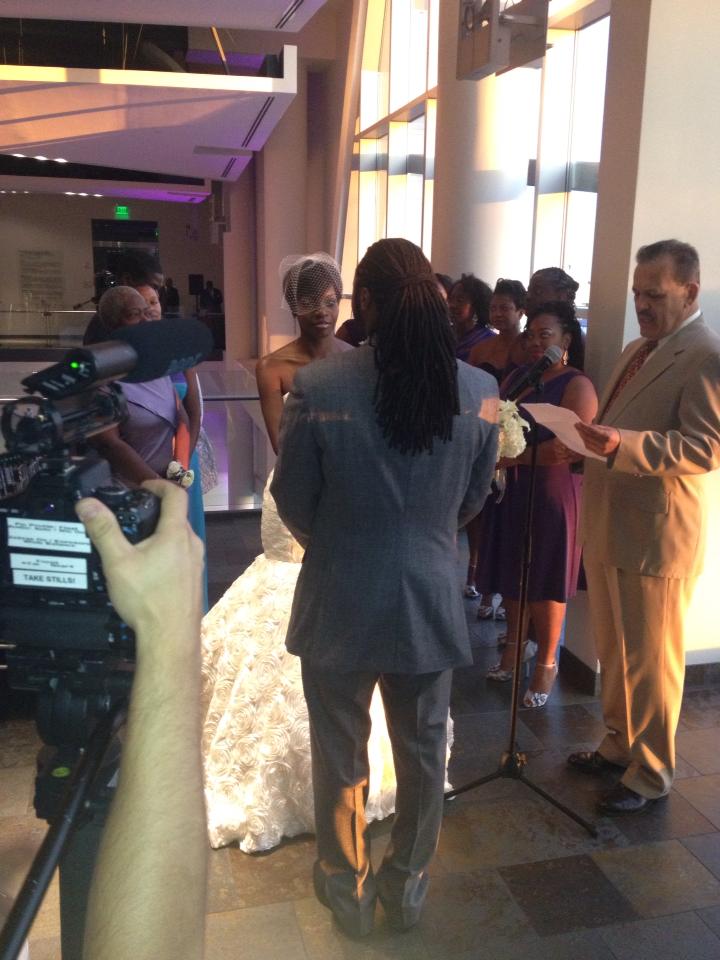 My Groom’s Matron was next up to the stage. She spared me from needing a whole box of tissue by choosing to direct most of her speech to the new Mrs. This toasts expressed her appreciation and respect for my wife because of her understanding and willingness to accept the relationship I have with my female buddies. The Groom’s Matron then went on to express an invitation and desire to continue forming a strong friendship independent of mine. The funny thing is I think these two will be great friends in the future. This may be payback for me stealing one of my wife’s close male friends.

The toasts in my honor came to an end with my friend of over three decades sharing several personal memories and acknowledging several of my other close friends that have influenced the man I am today. He saw fit to inform a room full of friends and relatives of my wife (some that I met that night) and I about a night many moons ago when we were young children and I hadn’t mastered overnight bladder control. Okay…my shrink told me I must admit in order to conquer – I wet the bed. Oh yeah, this was one of the many nights he and I shared a bed as kids. Oops! I’m sure you understand how this toasts made me cringe just a bit. However, this toasts also helped me to realize just how many milestones my buddy has shared with me – from bladder control to marriage. That’s big!

14 Comments on Confessions of a Groom: I Didn’t Think I’d Cry